Anna Benner's Superstition Machine contains little original watercolour and ink drawings on paper. They’re from two different ongoing projects that form part of the artist’s exploration of ritual, emotions, language and superstition in very small everyday contexts, among the weeds and the birds. 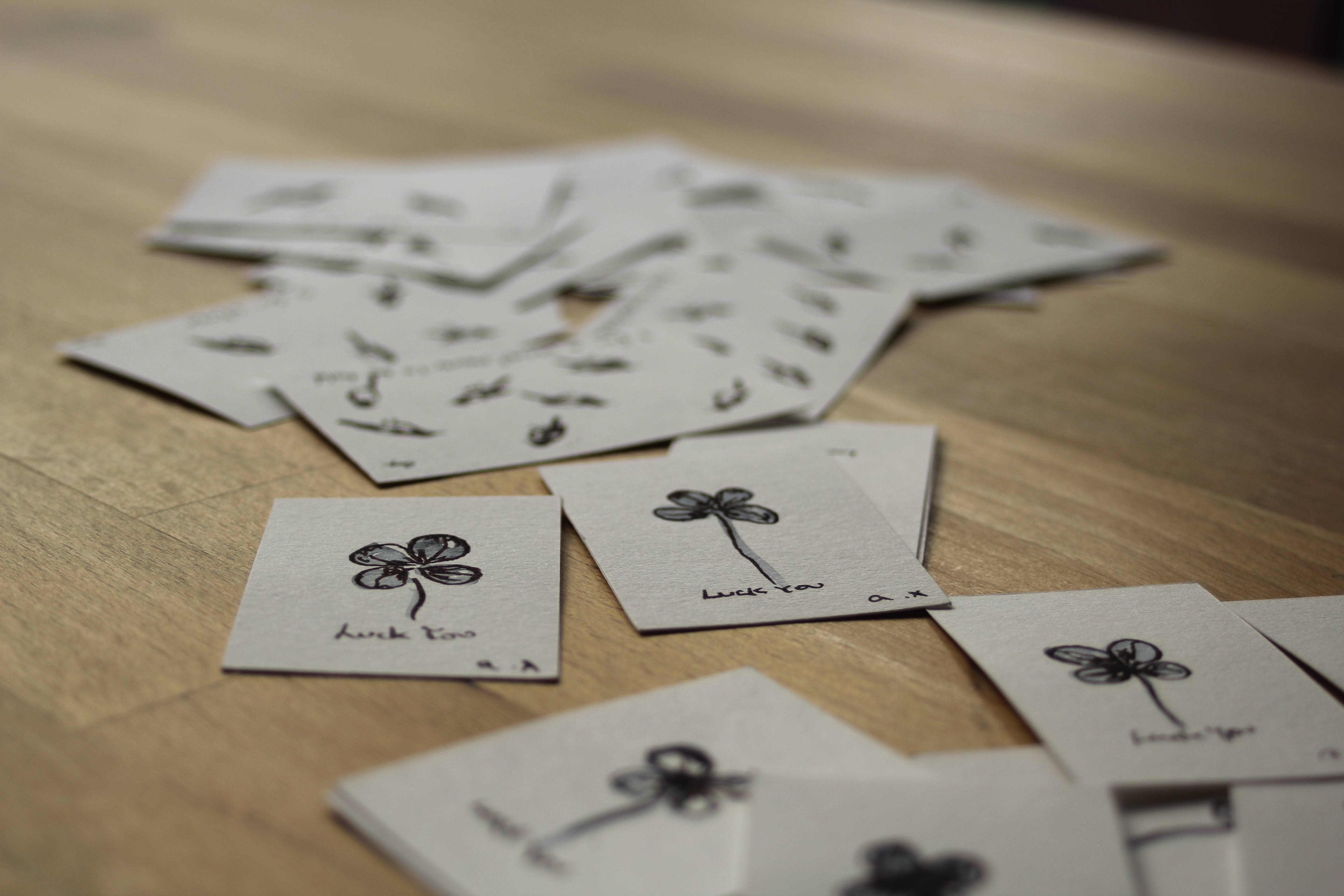 A talisman to carry in your pocket to bring you luck or to slip to your enemies to bring them paper cuts.

From the “Luck You” series about four leaf clovers, which includes large format drawings and a performance piece where Anna ground dried four leaf clovers and used this “pigment” to paint. A video piece is also in preparation. The luck you series is an an attempt to reconcile mutually exclusive impulses using weeds and superstition in a vaguely insulting missive of love and anger. 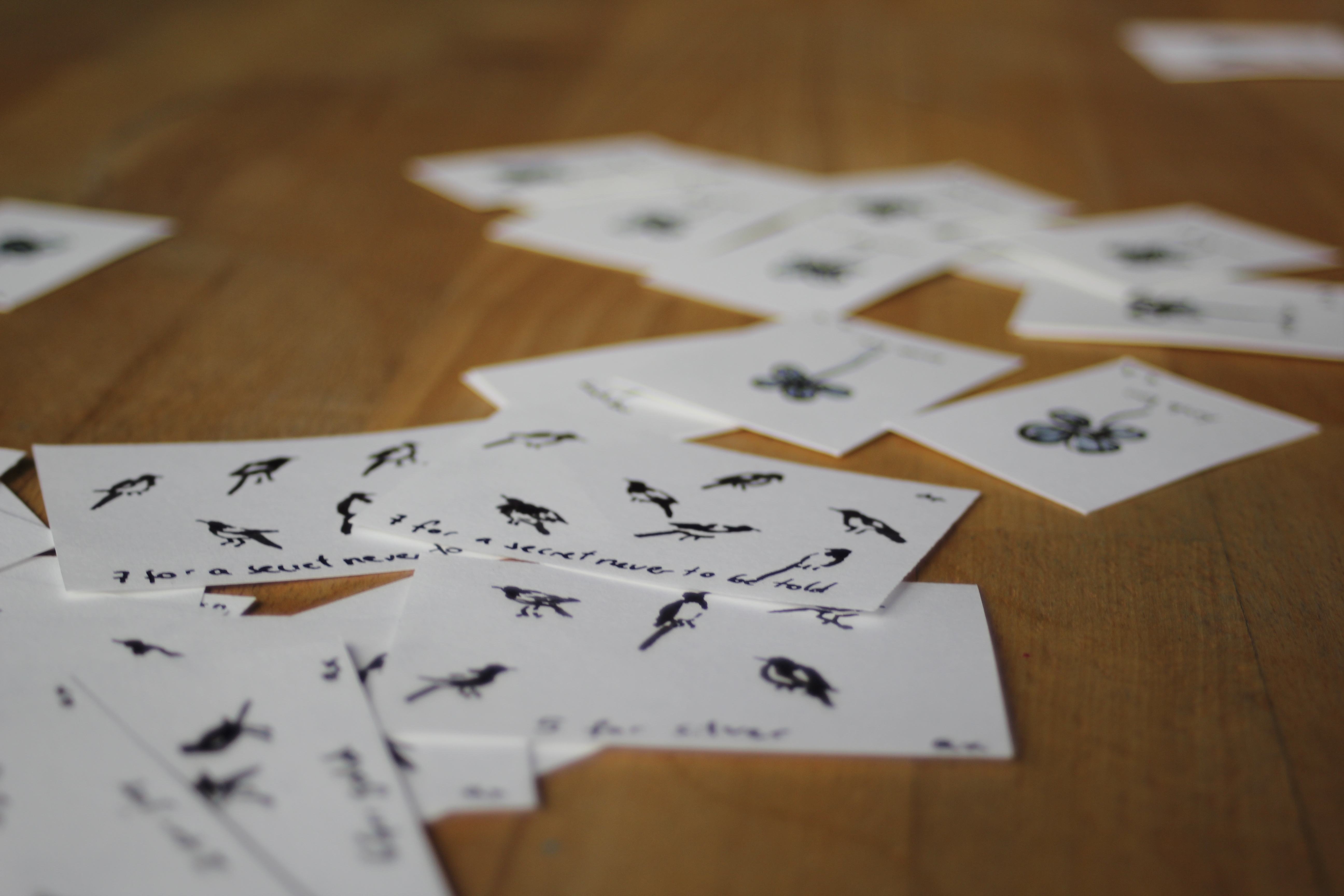 These drawings are exclusively created for special dispensations and follow from the video piece “one for sorrow” which used the magpie nursery rhyme to chronicle the first coronavirus lockdown in 2020 and the mood swings that come with the world in crisis. In that time, Anna had huge trouble concentrating on anything creative. The only thing that she could do was drawing these magpies. In a temporary setup in her kitchen, it became a sort of meditation or ritual: If she can draw enough frames today, maybe everything will be ok.

The two for joy duo of magpies has also had a previous outing in a different vending machine in Berlin where it took the form of a temporary tattoo.

Anna Benner is an artist and filmmaker working in animation, drawing and installation. After graduating from her Masters in Film Aesthetics at Oxford University in 2010, she has worked in the animation industry in London and Berlin. Anna currently teaches animation, produces educational and documentary animation for clients such as TED-Ed and TATE and continues to make personal films for both gallery and festival contexts. Her artwork has been exhibited in Berlin, London, Amsterdam and Paris and her animated short films have screened at festivals worldwide. In particular, her film Through the Hawthorn won several prizes, most notably the Grand Prix at ITFS Stuttgart Trickfilmfestival in 2014. She’s the founder of graumalerei gallery in Berlin for which she’s recently received a Kunstfonds grant to stage a solo exhibition of her video installation 100 Tage Regenwetter.

Anna Benner can be found on the web at annabennerstudio.com.